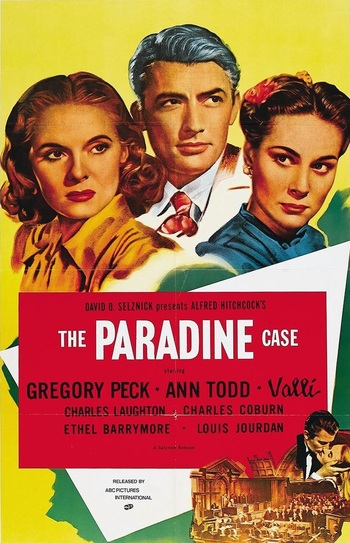 In London, England, Maddalena Anna Paradine (Valli) is a young woman who is accused of poisoning her older, wealthy blind husband. Anthony Keane (Peck), a brilliant and successful barrister, is assigned to defend her in court. Although Keane is married, he instantly becomes deeply infatuated with Mrs. Paradine, and it is not clear whether she is a grateful and devoted wife who has been falsely charged, or a calculating and ruthless femme fatale.