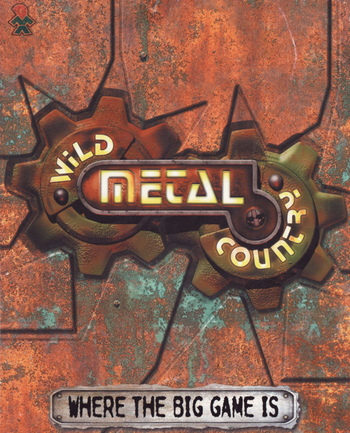 A 3D Vehicular Combat game for PC, released in 1999, and known simply as Wild Metal in its Sega Dreamcast version.
Advertisement:

It takes place in a Wide-Open Sandbox, and pits the unnamed Player Character against innumerable robot-driven tanks, turrets, and Explosive Barrel launchers in an attempt to reclaim the Power Cores obtained by the robots in the Robot Uprisings in the Tehric system.