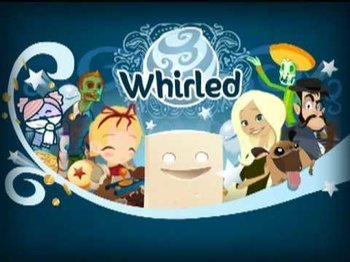 Whirled was a free online virtual world Adobe Flash game by Three Rings Design, Inc. It entered open beta on March 25, 2008 and remained in beta throughout its entire life.

Players could socialize, make friends and groups, and decorate rooms. They could also play games to earn coins and purchase items in the shop. The bulk of the content was made by the players; players could make their own items, such as avatars, pets, objects, pictures, videos, and songs, and code their own games. They could sell their creations in the shop and earn real money off of them.

Whirled was never a financial success. The website shut down on April 8, 2017. Various websites attempted to clone, revive, or continue Whirled by forking the open source code, but some of these websites later shut down as well.