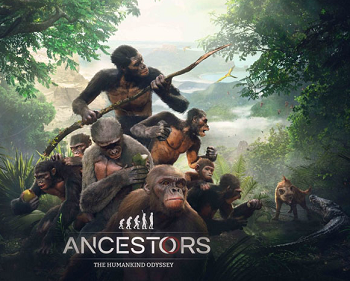 Ancestors: The Humankind Odyssey is a game developed by Panache Games, headed by Patrice Desilets, the creator of the original Assassin's Creed.

Telling the story of the origins of mankind, you are given command of an early group of hominids, and must guide them through eight million years of evolution to set them on the path to us. Be warned, however, that the world is not kind to these creatures, and that survival is the exception, not the rule...

The game was released on December 6, 2019 on consoles and PC, and will initially be a timed exclusive on the Epic Games store before a release on Steam.