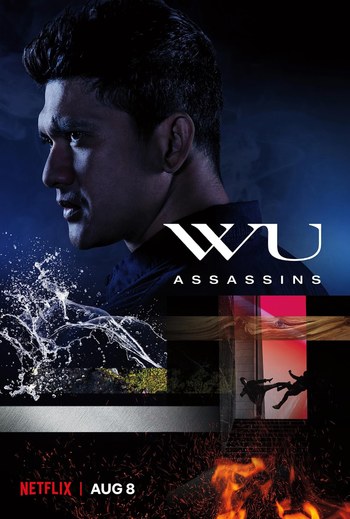 It stars martial artist and fight choreographer Iko Uwais (The Raid and the sequel) as Kai Jin, an aspiring chef who becomes the latest Wu Assassin, last in a line of Chosen Ones who must round up the powers of an ancient triad and restore balance once again. In the process he teams up with homicide detective Christine "C.G." Gavin (Katheryn Winnick), an undercover cop caught in the middle of a gang war that’s breaking out in Chinatown, to unravel the ancient mystery and take down supernatural assassins.

A feature-length film, Fistful Of Vengeance, which will serve as the sequel, was announced in February 2021. Iko Uwais, Lewis Tan, JuJu Chan, and Lawrence Kao will reprise their roles, joined by Pearl Thusi, Francesca Torney, Jason Tobin, Rhatha Pongam, and Simon Kuke. It will be released on February 17, 2022.