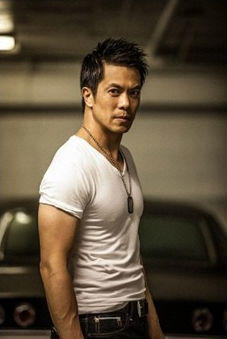 Byron Mann (Chinese: 文峰; pinyin: Wén Fēng; Jyutping: Man4 Fung1, August 13, 1967) is a Hong Kong-born American actor in film and television. His notable roles include Wing Chau in The Big Short, Chang in Hell on Wheels, Ryu in Street Fighter, Silver Lion in The Man with the Iron Fists, Admiral Nguyen in The Expanse, and Yao Fei Gulong in the first season of Arrow.

Mann grew up bilingual in English and Cantonese, though he also learned to speak fluent Mandarin and some Thai. He attended the Diocesan Boys' School, an all-boys secondary school in Hong Kong, where he was active in community theatre as both an actor and a writer. After graduating, Mann moved to California.