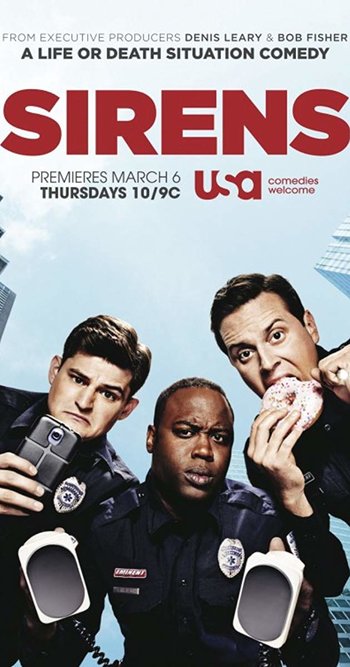 Sirens is an American remake of a British series, produced by Denis Leary and airing on USA Network. Like its Transatlantic Equivalent, it tells the story of three EMTs — Johnny, Hank, and Brian — as well as a police officer, Theresa, who also happens to be Johnny's on-again, off-again girlfriend (the series opens with them currently taking time off.)

The show was cancelled after its second season.