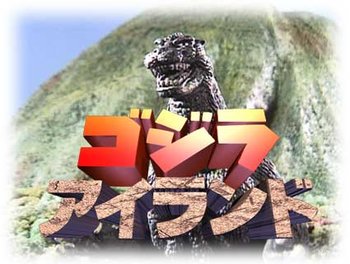 Launched in 1997 as a promotion for Bandai's recent lines of vinyl Godzilla toys and running untill 1998, Godzilla Island follows a team of humans created by the government in the year 2097, known as G-Guard, who have managed to gather Earth's kaiju onto an island somewhere in the middle of the Pacific Ocean they call Godzilla Island. However, the island is also the focal point of a group of aliens, lead by Zaguresu, who send out various monsters to take the island by force or attempt to sabotage G-Guard's operations. Inevitably, Godzilla and his allies end up in a fight with Zaguresu's latest monster, and G-Guard must keep themselves safe from sabotage. Whilst not in the midst of crisis, G-Guard's primary goal is to study the monsters in their own habitat and learn more about the island's inhabitants, but a lot of events come up that endanger G-Guard and the monsters, forcing them to work together and fend off the threat.

Godzilla Island has examples of the following tropes: