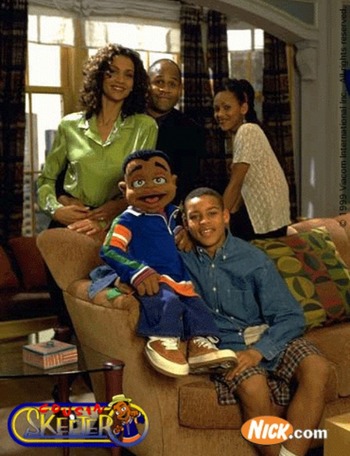 Cousin Skeeter was a show that aired on Nickelodeon in 1998 and ran for three seasons. In the show Bobby's life is turned upside down when his cousin Skeeter comes to live with him and his family. Skeeter was actually portrayed by a puppet, but he was treated like a real person. Another character in the series was Bobby's best friend Nina who he had a crush on. Later in the series a character named Nicole was added. She was portrayed by a puppet like Skeeter, but was much more polite than he was. She became Nina's best friend.

The theme song to Cousin Skeeter.

The theme song to Cousin Skeeter.