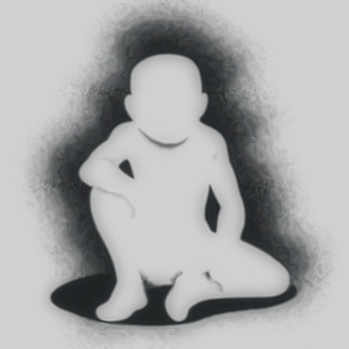 The titular Omni: Deity. Child. Janksore.
"This is not the world you know..." - Omni

The Omniverse is a Play-by-Post Game found on omniverse-rpg.com. It is notable among others of its kind for having an established set of game mechanics centered around the procurement and expenditure of points earned during the course of in-character participation. Unlike certain other open-world roleplaying games, characters in The Omniverse are checked by rules and regulations to keep them balanced and fair. This is not to say that their power is limited: they simply must earn the right to use it.

While the game's story is open ended, there is an overarching story involving The Omniverse's resident deity, Omni, and how characters cope with being involuntarily pulled into his personal universe, or the Omniverse. The Omniverse is divided into large realms called Verses, each with its own theme, ex. Camelot, the medieval fantasy setting, or Coruscant, the sci-fi setting. There are several existing NPC factions vying for superiority of the Omniverse, as well as a multitude of rogue elements each trying to gain power. Player characters called into the Omniverse by Omni are called Primes, and they are granted incredible powers of immortality and creation (within reason). The Omniverse contains Primes who are both original characters as well as characters derived or taken from existing media of all kinds.

The Omniverse has been in operation for almost two years now. Through the diligent work of its Admin, staff and dedicated player base, there have been many defining stories that have shaken the entire site, and many more being planned.