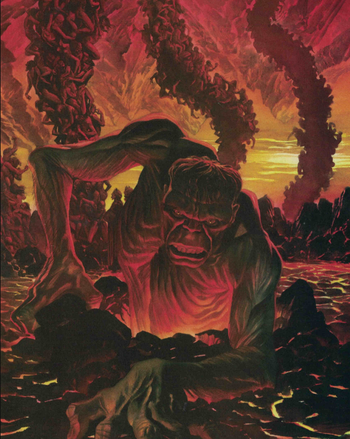 The Hulk in Hell
This is a horror comic. Need we say more?
Advertisement: