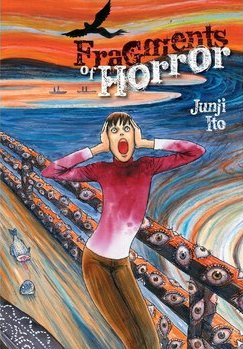 Even a fragment is frightening.
Marking a return to horror manga for the first time in eight years, Fragments of Horror is Junji Ito's fourth anthology of assorted short stories, closely following in the footsteps of the Voices in the Dark serials.
Advertisement:

Numerous fears inhabit the stories in the collection, which are as follows:

Tropes in Fragments of Horror include: