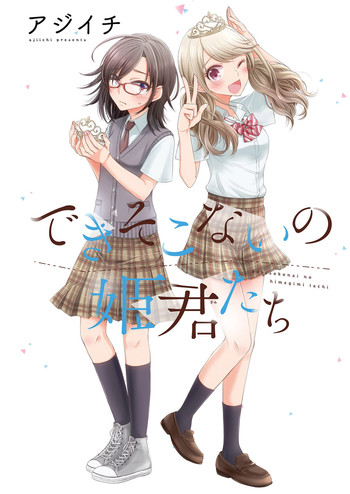 Failed Princesses is a yuri manga by ajiichi.

Nanaki Fujishiro is one of the most beautiful and popular girls in school, proud of her looks and her boyfriend. All that comes crashing down when her boyfriend is caught cheating on her and dumps her in short order.

In that moment, in comes Kanade Kurokawa, the girl Fujishiro looks down upon for being plain and unattractive. While their dislike is mutual, Kurokawa ends up helping Fujishiro, causing the two to gradually become friends, and possibly something more than that.

The manga ran on Takeshobo's Manga Life Storia Dash website from April 2018 to August 2021, for a total of 37 chapters. Seven Seas has licensed the manga for North American release.

Not to be confused with Rejected Princesses.