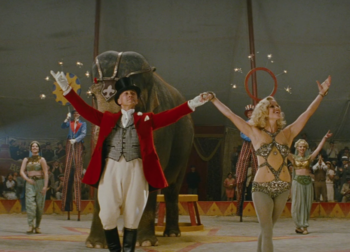 "Where it's covered in all the colored lights
Where the runaways are runnin' the night
Impossible comes true, intoxicatin' you
Oh, this is the greatest show!"
— The Greatest Showman, "The Greatest Show"
Advertisement:

This is the index of all things relating to the circus.