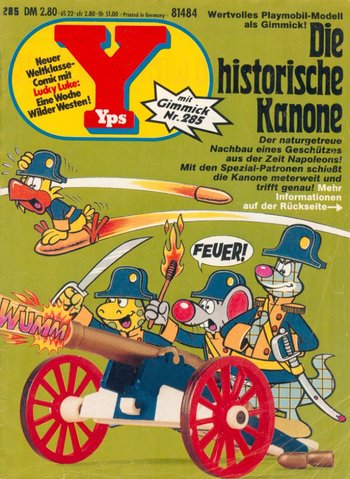 Yps was a German magazine for kids which published a number of syndicated comics (both American and Franco-Belgian ones) plus some homebrewed ones (see below). During the earlier years, they also brought articles about science and technics. The real reason the magazine became famous was a different one: The gimmick (not The Gimmick), some toy readers could build by themselves, or something similar.

And later we see that he speaks perfect English - or German - anyway. Maybe he was talking gibberish.