Literature / The Rider of the White Horse 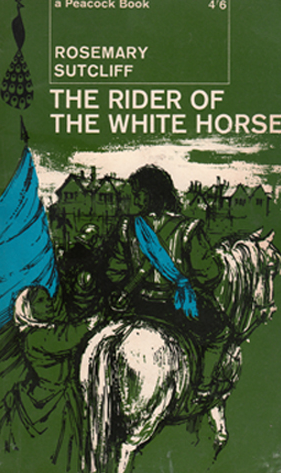 The Rider of the White Horse is a 1959 Historical Fiction novel by Rosemary Sutcliff. Early US editions were titled Rider on a White Horse.

Sickly, reserved, and humble Sir Thomas Fairfax and his protective, outspoken wife Anne are a young couple in an Arranged Marriage at the outbreak of the English Civil War. Thomas is appointed General of Horse to his father Lord Fairfax, commander of Parliament's army in their native county of Yorkshire – a ragtag militia of farmers and weavers, with only one city stronghold and little help from central command. Anne, raised on her father's campaigns, decides that she and their small daughter Moll will ride with Thomas.

Not to be confused with The Rider on the White Horse (Der Schimmelreiter) by Theodor Storm.

The Rider of the White Horse includes examples of: