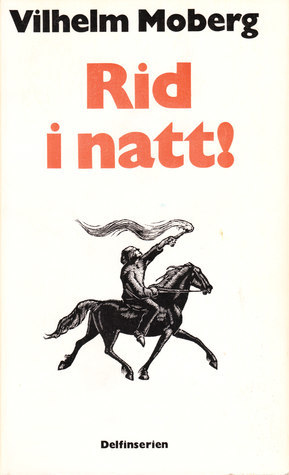 Sweden, some years after the end of the Thirty Years' War. The farmers in the village of Brändebol is visited by a Sheriff.note the term used is "Fogde." They were government officials during the late medieval and early modern period, mainly tasked with collecting tax from the farmers, which in practice amounted to a whole lot of Rape, Pillage, and Burn. Needless to say, they were about as popular as cancer. He tells them that he is a representative for Chamberlain Bertold Klewens, a German lord who has bought the rights to taxation of the farmers work, from the queen. He demands their service as day labourers at his mansion. The farmers are not used to being subservient to a government official, having lived and worked as free men, for as long as they can remember. Furthermore, they are having a bad year, with bad crops and cannot harvest enough to meet the quota. A farmer named Ragnar Svedje, holds a fiery speech, reminding the farmers of their ancient right, inciting them to rebel. They passionately agree at first, but one by one they start backing down and giving in to Lord Klewens demands. Everyone that is, except Svedje. Svedjes home is violated by a party of Sheriffs, and Svedje gets into a firefight with them, where he accidentally kills a loyalist farmer, who happened to be there. Faced with outlawry, Svedje runs away to the woods, while his mother makes her way to the Bishop to ask for help.

The farmers for their part, start showing their true colours in rapid succession. They back down when faced with the guns and the swords of the Sheriffs, and slink away to do the dirty work on Lord Klewens mansion. One night however, Jon Stånge who is the elderman of the village, is visited by a rider who gives him a mysterious item: a stick with a picture of a Morning Star at one end, and the other one wrapped in rope. This is the budkavel, an ancient artifact, effectively meaning that the peasants have declared war on the noblemen. It also means that anyone not passing it along (or worse: deliberately hiding it) will be deemed a traitor and have his life forfeit. Now Stånge is being tortured by the choice before him: will he take up weapons against the Nobility and perhaps die, or will he throw it away and thus grant the village "peace?"

The Sheriff is beating down his door... and Svedje is still out there in the forest...

Ride This Night, should chiefly be read as a massive Take That! from Moberg against the concessions made by the Swedish government (and many others) for the benefit of Nazi Germany. And as a general warning against cowardice and the risk of it making you Neutral Evil.

It's been adapted into a film in 1942 (which was banned in Nazi occupied Norway and Denmark) and a five part Mini Series in 1985.