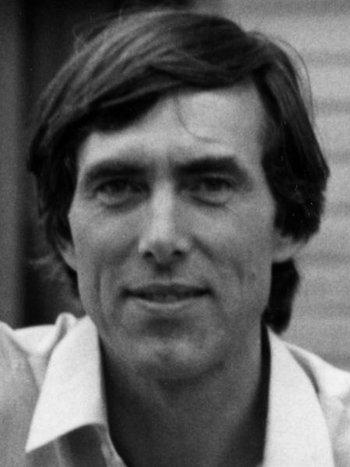 Philip Michael Hinchcliffe (born 1 October 1944) is a British television producer, screenwriter and script editor, best known for producing Doctor Who for three seasons from 1975 to 1977; as of 2018, he is the only surviving producer from the original 1963-1989 run of the show. Tom Baker was incumbent as the Fourth Doctor for the entirety of his tenure as producer, having been cast by Hinchcliffe's predecessor Barry Letts.
Advertisement:

Hinchcliffe's tenure is often held up by fandom as one of, if not the greatest period in the show's history; alongside script editor Robert Holmes, he sought to take the show in a Darker and Edgier "Gothic Horror" direction, taking inspiration from classic horror movies. This proved a huge hit with audiences at the time, but also courted controversy from some who felt that the programme had become to scary for children, most infamously Moral Guardian Mary Whitehouse, whose complaints eventually led to Hinchcliffe being moved away from Doctor Who by the BBC. His replacement, Graham Williams, was ordered to take the show in a Lighter and Softer direction. He would later contribute to the Big Finish Doctor Who audio dramas, writing "The Ghosts of Gralstead", "The Devil's Armada", "The Genesis Chamber", "The Helm of Awe", and "The God of Phantoms" (which were then further adapted by Marc Platt) in the anthology set Philip Hinchcliffe Presents.