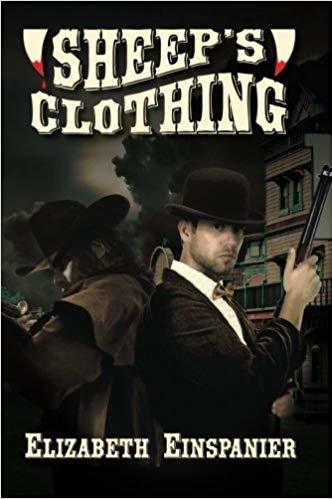 My name is Dr. Nathaniel Meadows, and I swear on my mother's eyes that every word of this manuscript is true.
Advertisement:

Doc Meadows has always been a sensible man. He is polite and helpful to his neighbors in the small frontier town of Salvation, and is a successful doctor, providing aid to those in need.

In the Year of Our Lord 1874, however, he is about to treat a rough-and-tumble wanderer named Wolf Cowrie, who brings with him some terrifying news.

All the tales and legends about ghosts and monsters that he had discarded with his boyhood are true. Vampires exist. Ghosts and werewolves are just as real as his neighbors. And if Doc can't find a way past his fear and skepticism, Salvation may end up just another ghost town on the frontier...

Sheep's Clothing is the debut novel of Elizabeth Einspanier, a Weird Western that gets back to the roots of popular legends, rather than rehashing the same modern interpretations over and over again.