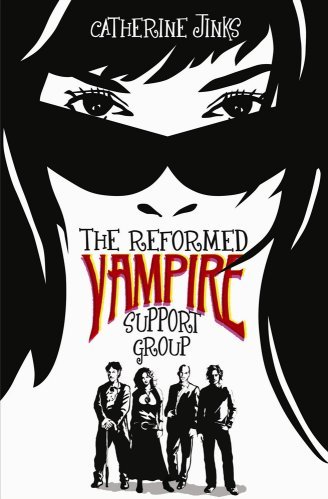 A 2009 novel by Catherine Jinks about a group of Vegetarian Vampires. In this universe, vampires are not sex gods, or even particularly powerful. In fact, being a vampire is basically like being chronically ill for all eternity. The vampires in the titular group don't want to harm humans, so they survive on guinea pigs and enzyme supplements. They have support group meetings every Tuesday. Then, one day, Casimir, the vampire who sired most of them, doesn't show up. He's found staked in his apartment. It's up to the Reformed Vampire Support Group to investigate the murder.

As of 2011, there is a sequel, The Abused Werewolf Rescue Group. It focuses on a boy named Toby, with Reuben and some of the vampires in supporting roles.