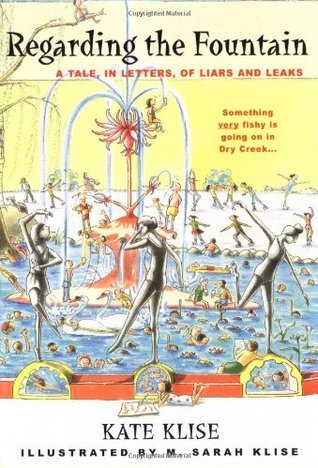 The cover of Regarding the Fountain
Advertisement:

The series focuses on the students and staff of Dry Creek (later Geyser Creek) Middle School in Missouri, and their frequent correspondence with famous fountain designer and world traveler Florence Waters. Each book has a similar plot: Florence is contacted to help with something at the school, she undergoes correspondence with the staff as well as the kids of Mr. Sam N.'s class, all while a nefarious plot (that the kids invariably end up uncovering) brews in the background. Side plots include the relationship developing between Sam and school secretary Goldie Fisch, Florence's attempts to get the by-the-book principal Walter Russ to lighten up, and various others that change from book to book.