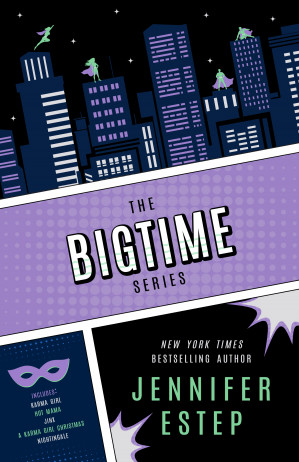 The Bigtime novels by Jennifer Estep take place in Bigtime, New York, a town which is overrun by superheroes and about every superhero trope out there.
Advertisement:

Everyone is totally Genre Blind, especially with figuring out that having an Alliterative Name more than likely indicates that person is a Super Hero with a name that starts with that letter. Some characters are dedicated to finding out the identities of superheroes, and have to resort to other means of deduction. This leads to the interesting experience of the reader knowing long before the characters do who is who.

The short stories are: