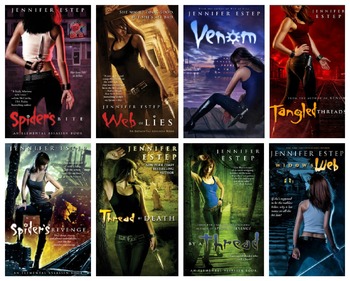 Elemental Assassin is an Urban Fantasy series by Jennifer Estep which focus on Gin Blanco, an assassin codenamed the Spider who can control the elements of Ice and Stone. When she’s not busy killing people and righting wrongs, Gin runs a barbecue restaurant called the Pork Pit in the fictional Southern metropolis of Ashland. The city is also home to giants, dwarves, vampires, and elementals – Air, Fire, Ice, and Stone.