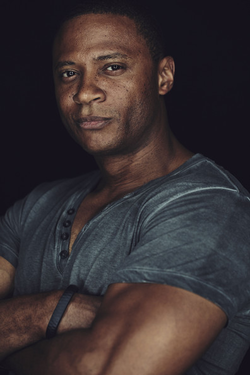 David Ramsey (born November 17, 1971 in Detroit, Michigan) is an American actor. Known for his work in television, his most famous role is as John Diggle in Arrow, The CW adaptation of the DC superhero Green Arrow, where he is tied with the main star Stephen Amell for being credited in all 170 episodes.note In practice, Ramsey only appeared in 167 episodes. Other notable credits include Dexter, Blue Bloods, and Wildfire.