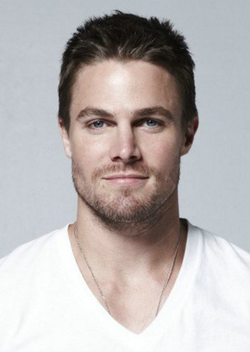 Stephen Adam Amell (born May 8, 1981 in Toronto, Ontario) is a Canadian actor, best known for playing Oliver Queen / Green Arrow across The CW's Arrowverse, starting on Arrow in 2012. He's the older cousin of fellow actor (and Arrowverse co-star) Robbie Amell.