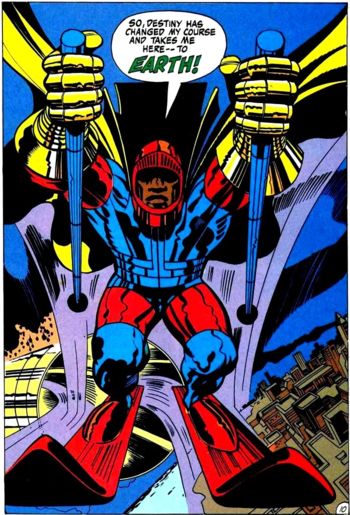 The god of Death, as even the New Gods must die, someday. He looks like a knight with skis. 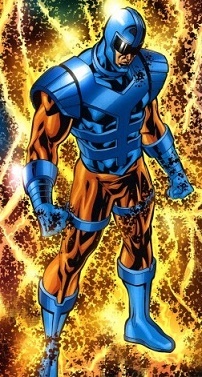 In Death of the New Gods it's revealed that The Source was directing Infinity-Man to kill all of the New Gods, since the Source decided it was time for the end of the Fourth World and the beginning of the improved "Fifth World". 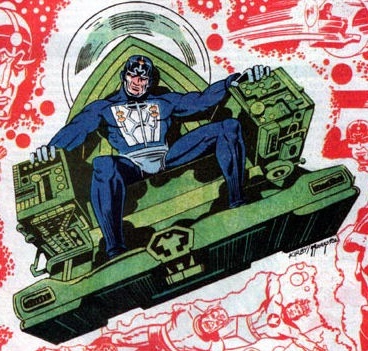 The god of knowledge. A mysterious being that observes the events of the universe. Metron traverses time and space in his Mobius Chair. Although born on New Genesis, he is not bound to it. He is highly amoral, and has worked with both Highfather and Darkseid to further his own ends, but always keeps his word. 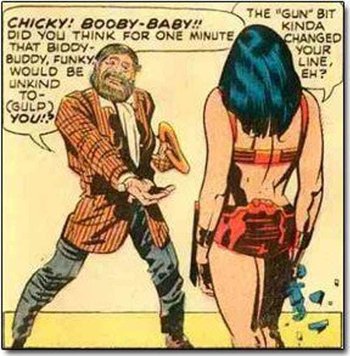 An unscrupulous huckster who lives in a crumbling mansion with his sycophantic servant Houseroy, Funky hears of Mister Miracle's daring exploits and makes a deal to serve as his promoter. Following an attack by the Female Furies in which Funky leaves Houseroy to die, Scott and Barda decide the slimy Funky can't be trusted and walk away. Funky reappears several times in the DC Universe, usually with some get-rich-quick scheme that backfires on him. 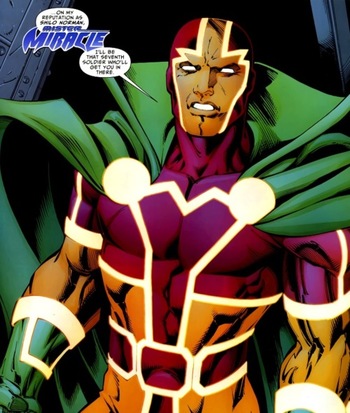 Shilo Norman was the informal ward of the original Mister Miracle, Thaddeus Brown, and later became something like a Kid Sidekick to Scott Free. 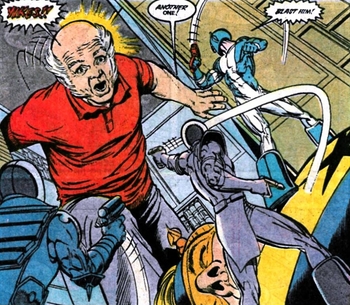 A little person who was the assistant to Thaddeus Brown, the escape artist who first took the name Mister Miracle. After Brown is killed by Intergang and Scott Free takes up his name and costume, Oberon became Scott's assistant. He is Scott's best friend, sidekick, confidant, and father figure. Oberon was also an honorary member of Justice League International, serving as director Max Lord's personal assistant. 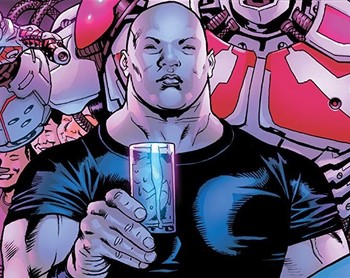 A Japanese martial artist with incredible skill, discipline, and honor, Sonny Sumo is summoned by the Mother Box when the Forever People are captured by Desaad. He rescues them, and they learn that he possesses the power of the Anti-Life Equation, making him a target for Darkseid but giving him mind-control powers. In desperation, Darkseid uses the Omega Effect to fling him and the Forever People through time; while the young New Gods are rescued by Highfather, Sonny lives out the rest of his life where he really belongs, in feudal Japan.

Years later in Final Crisis, a new version of Sonny Sumo appears as a Japanese superhero who aids Shilo Norman and the Super Young Team in the fight against Darkseid.