Characters from the Castle of Shikigami (Shikigami no Shiro) trilogy.

open/close all folders
Castle of Shikigami 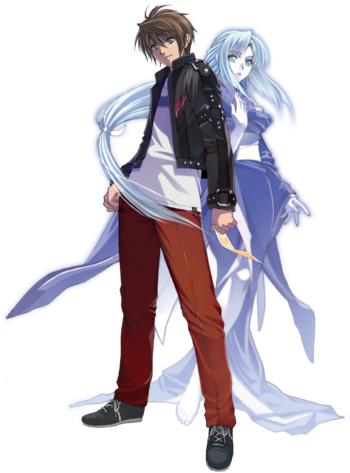 Kohtaro Kuga, or Koh, is the main protagonist of the Castle of Shikigami trilogy, having appeared in every installment of the series. He's a detective that, together with Gennojo Hyuga, formed the H&K Detective Agency, and are investigating supernatural murders.

Kohtaro's Shikigami during the first two games. A spiritual familiar who accompanies him everywhere, whether he likes it or not. 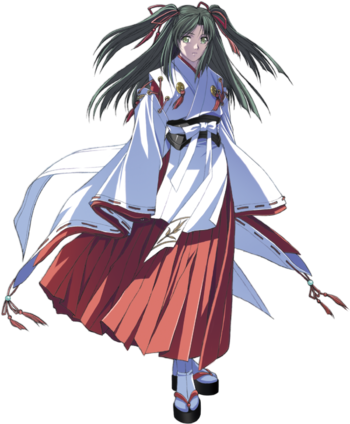 A shrine maiden who appears to be in love with Kohtaro, who originally crosses paths with him while investigating a recent string of murders. In the first two games, she is a playable character, but in III, she dies and merges with Kohtaro's original Shikigami, Sazae.

A carefree psychic detective who works in the same agency as Kohtaro, and transforms into a werewolf when enraged. Playable in all three games.

A half-German, half-Japanese witch who appears in all three games. She's madly in love with Koh.

A Taoist and taekwondo teacher from Korea. After one of his students was murdered, he closed his dojo and went in search of the killer.

A secret character in the first Castle of Shikigami game, originally appearing in Elemental Gearbolt. 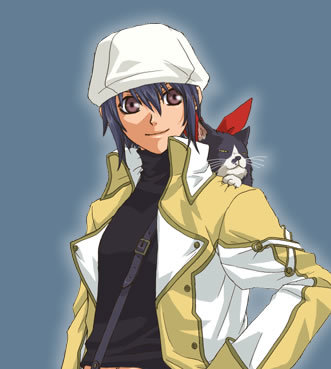 A mysterious girl who came to the Shikigami world looking for a certain man who was her senior, potentially for romantic reasons. She owns a pet cat known as Greater Manekineko, who assists her in performing certain attacks.

A Japanese ninja with American origins. When he was younger, he arrived to Japan and lived with Kohtaro, his brother Shintaro, and Tsukiko as a homestay resident. His real name is Roy Bauman. He returns in Shikigami III.

Roger's Shikigami. Her main skill is to produce small liquid bombs that have a large amount of power.
Castle of Shikigami III

At the age of 10, Emilio is a member of one of the noblest families in Alcaland. He detests involvement in foreign matters. Emilio has the means to call demons to his side, a gift that runs in his family. Though he has a good personality at heart, he tends to look down on commoners.

Emilio's demonic Shikigami, taking the form of an eye with bat wings.

A brooding exorcist hired by Emilio Stanburke. Batu simply wants to get in, get the job done, and go, and tires of Emilio's nationalism. He enjoys hard liquor.

A traveling doctor from Korea, equally skilled in both the healing and assassination arts. She is also Kim Dae-Jong's cousin, but even though she's searching for him, they do not meet during Shikigami III.

A time-traveling police officer. She has traveled to the past at the request of her boss (none other than Fumiko Odette Van Stein) to help solve the mysteries of Alcaland, the location of the current Castle.

A seemingly carefree elementary school student investigating Alcaland for fun. However, her happy-go-lucky mood is merely a facade; her true name is Mirai Shibamura (possibly related to Mai Shibamura from Gunparade March), and she is actually the human incarnation of a powerful deity, inheriting the ability to time travel.

A rabbit that accompanies Nagino Ise into battle in Shikigami no Shiro III, and serves as her Shikigami.

Bosses from Castle of Shikigami I 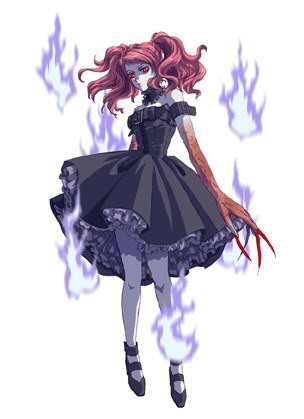 The first stage boss. She was once a child actor murdered by the Yakuza, who then became a homicidal spirit hell-bent on revenge.

The Stage 2 boss. Fujishima was once a leader of the Japan Self-Defense Force(also known as the SDF), though he eventually went AWOL, taking an entire regiment with him. He wants to summon a God to Tokyo.

The Stage 3 boss. A man whose wife's murderer got away with a seven-year sentence. This drove Hiroshi into a blind rage, and he killed the criminal upon his release. Soon after, he became an ogre unsatisfied with merely the blood of his wife's killer.

The Stage 4 boss. In life, he was a famous Japanese theater performer, known as the 'Blue-Eyed Samurai'. However, he is now a ghastly samurai that kills without remorse. 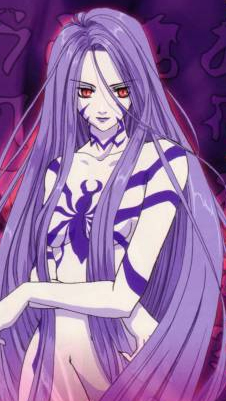 Her first form
The final boss of the first game, who seems to be responsible for the murderous apparitions. Supplemental materials state that her original name was Hiwako, and dialogue with Hyuga implies they were lovers when she was alive.

A mysterious organization that acts behind the scenes in the events of the first game, whose members are implied to be inhuman. This organization is mostly mentioned when playing with Tagami, who is an immortal being who betrayed the organization in search of her husband, who was also a member of Septentrion.

Bosses from Castle of Shikigami II

The Stage 1-2 boss, and a member of Shintaro's New World Order.

The Stage 2-2 boss, and another member of Shintaro's New World Order. 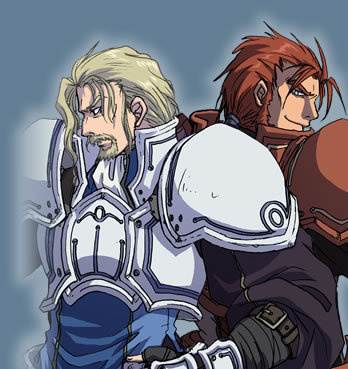 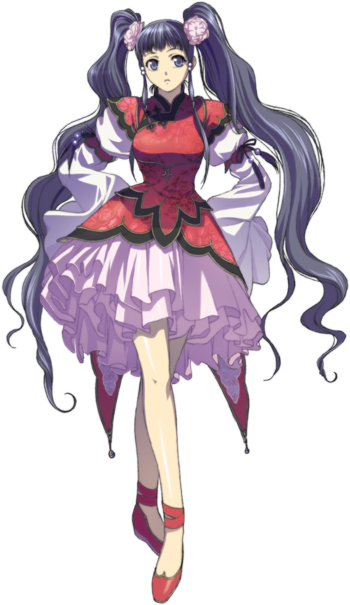 Her Shikigami III portrait
The Stage 4-2 boss. The disembodied spirit of a sickly (but still living) girl from another world (presumably our own), who thinks that guarding the Castle is just a harmless game. She returns in Shikigami III as the Stage 1 boss. 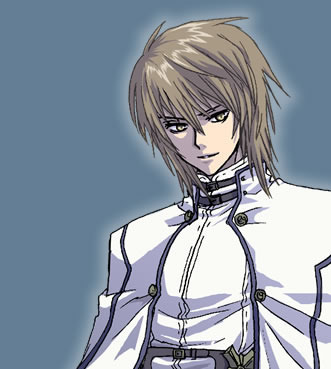 The Stage 5 boss. He is Kohtaro Kuga's older brother, and the leader of the New World Order organization, summoning a new Castle in order to attain godhood.

Bosses from Castle of Shikigami III

The Stage 2 boss. He is Sayo Yuuki 's uncle, aged 40, and a crow tengu. His Shikigami, Yata, grants him the ability to fire crow-shaped energy at his opponent.

The Stage 3 boss. She was Fumiko's stepmother, and killed by her in a conflict over a man.

The Stage 4 boss. He is Tsukiko Johjima's guardian, and a werewolf, like Gennojo Hyuga. 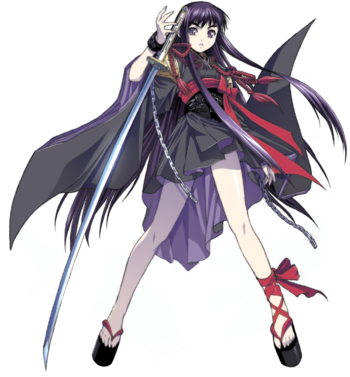 Her Shikigami III portrait
Kohtaro Kuga and Roger Sasuke's childhood friend. Kohtaro made a Childhood Marriage Promise with her, but she became ill, and passed away after being bedridden for years. She originally appeared in a Visual Novel spin-off, Shikigami no Shiro Nanayozuki Gensoukyoku. An illusory manifestation of her serves as the final boss of Shikigami III.