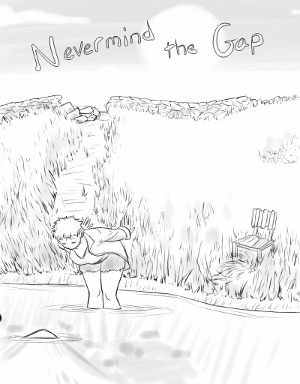 is a "small town romance in a Sci-Fi future" webcomic hosted on ComicFury. The story concerns the day to day lives of several people and robots living in a small town, in a future where robots are capable of sentient thought. The author is an American artist known only as view.

It's a slow paced but unique web comic, putting a different and very believable spin on the "what if robots lived amongst us as equals?" concept.

The author always made clear that the comic "has a beginning, middle and end." The story has now concluded, with the last set of pages uploaded on July 14th, 2012. If you are reading the comic for the first time, make sure to start from the beginning

There is occasional nudity and sexuality in the comic — it is a romance story, after all — but it is never gratuitous or tasteless. There's plenty else to keep the reader's attention, like complex characters, excellent writing, and a carefully crafted setting. It also has no mirror anywhere! Which means that it's up to us to dowload the comic in order to create one. And then upload it on archive.org

so the comic can be further preserved!