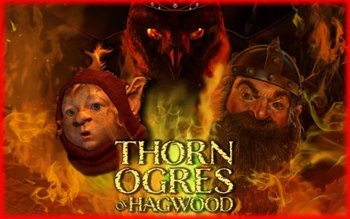 The main characters are a fictional race known as werlings. They are small, elfin creatures with the ability to shapeshift into animals, mostly for the purpose of protecting themselves. When a mysterious stranger passes through their woods, they suddenly find themselves thrust into a battle to overthrow the High Lady of the Hollow Hill, Rhiannon. Long ago she used magic to literally remove her still-beating heart and placed it in an enchanted casket that can only be opened with its matching key. This was to remove all goodness from her so she could kill her father and brother and assume the throne. As a result, though beautiful on the outside, she became a sadistic monster inside. The casket was stolen and Rhiannon will never rest until it is found, for to open it and stab the heart within would be the only way to kill her. It falls to a bumbling werling named Gamaliel to unite the casket with the key and put an end to Rhiannon's evil reign.