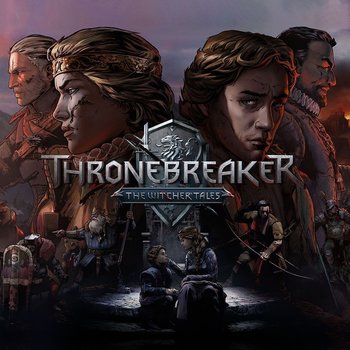 Thronebreaker: The Witcher Tales is a role-playing strategy video game developed by CD Projekt RED. It is a single-player spin-off of Gwent: The Witcher Card Game which was released on 23 October 2018. The game combines gameplay elements of point-and-click adventure games, strategy card games, and visual novels. It is played from a top-down perspective, with movement in the world facilitated through use of the mouse or controller. The protagonist is Queen Meve of Rivia (yes, that Rivia), who has lost her throne to traitors working for Nilfgaard and seeks to regain it through conquest. Players can instruct Meve to to roam the map freely and complete quests while gathering resources such as gold, wood, and recruits, used to maintain and expand their army.