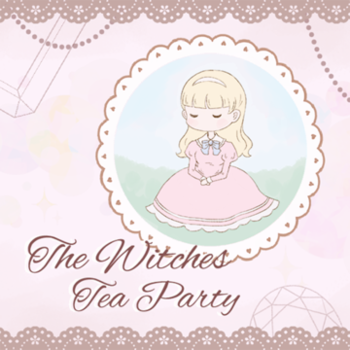 is the 2016 prequel to Trick & Treat, both RPGs made by Rabbiton.

The young witch Charlotte (when she was even younger) went to a tea party with her grandmother Marilyn. There she met all the other witches in the world for the first time. However, the party was not going on very well... Would Charlotte enjoy herself and make some new friends, or would the tea party be a real mess?

The demo can be downloaded on RPGMaker.net

, while the full game can be purchased from itch.io