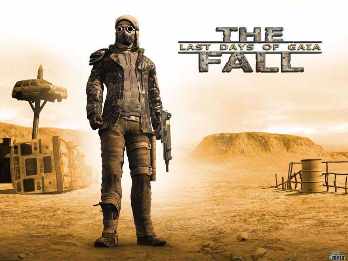 The Fall: Last Days of Gaia is a German Role-Playing Game, created by the Silver Style Entertainment and released in November 2004 for PC.
Advertisement:

Billed as a Spiritual Successor to the original Fallout, it is set in the deserts of post-apocalyptic America, and follows the customisable Commander in their quest for vengeance, after their village was burned down and his/her sister kidnapped. Unable to pursue the villains on their own, Commander enlists with the law enforcement of New Government and is given a revolver and five people to command. The long journey in the dying world awaits you!

Has no relation to the 2014 Side View Adventure Game The Fall, and neither of them are related to the 1956 Albert Camus novel The Fall, or the 2006 Tarsem Singh film.