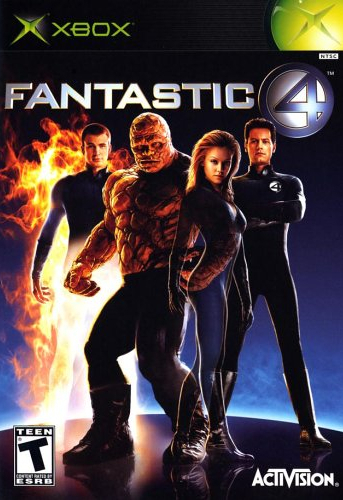 Fantastic Four is a video game based on the film of the same name. It was released for the PlayStation 2, Xbox, Gameboy Advance and Nintendo Gamecube in June 27th, 2005. It has the actors of the film reprise their roles including Jessica Alba, Chris Evans, Michael Chiklis, Ioan Gruffudd and Julian McMahon.

The game contains examples of these tropes