Tabletop Game / The Captain Is Dead 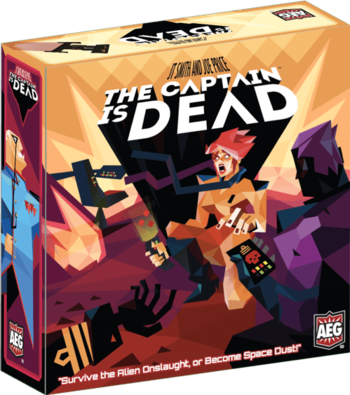 Survive the Alien Onslaught, or Become Space Dust!
The Captain Is Dead is a cooperative Adventure Board Game where the players assume the role of the crew of your favorite Science Fiction TV shownote Translation: it's very blatantly Star Trek trying to survive an attack from hostile aliens. The game was funded

on Kickstarter and has been published both by The Game Crafter and by Alderac Entertainment Group.
Advertisement: