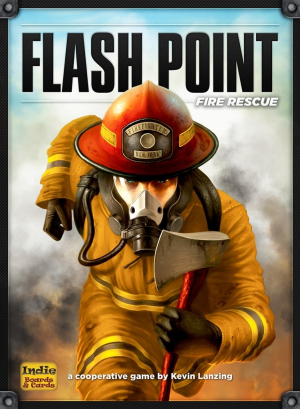 No, it's not about post-apocalyptic axemen
Advertisement:

Flash Point: Fire Rescue is a cooperative Board Game where the players assume the role of firefighters trying to save people trapped in a burning house before the whole structure collapses. Showing strong influences from Pandemic, the game was funded

on Kickstarter and published by Indie Boards & Cards in 2011. Multiple expansions have been released since then.