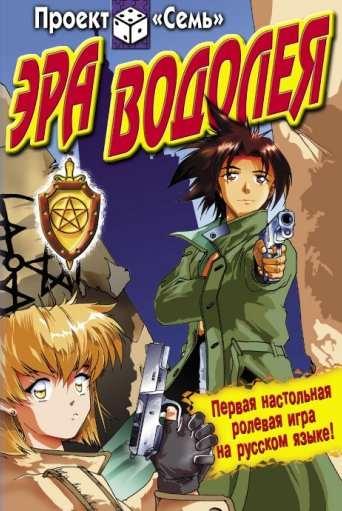 Age of Aquarius (Russian: Эра Водолея, or "Era Vodoleya") is the first commercial Tabletop RPG produced in Russia. Appeared in 2001 and went through two editions to date, it is set in a world similar to our own, where various supernatural phenomena are a reality but are hidden under The Masquerade. It was compared to the Old World of Darkness, but unlike it, Age of Aquarius is a more optimistic and idealistic world.

According to the story, the astrological age of Pisces, associated with organized religion and science, is slowly fading, and the new age of Aquarius, associated with magic, is setting foot on the world. But our society is incapable to deal with it without catastrophical changes, necessitating use of The Masquerade to unveil the truth very slowly. To do that, an international conspiracy of security agencies is created in 1945, called the Nettersheim Pact.

The first edition of this game was mostly concerned with the activities of the Russian organisation of the Nettersheim Pact, called Institute of Applied Exophysics. The second edition added two more playable organizations: DEFENDER, a heroic Private Military Contractor which is aware of the big picture and is preparing to fight off an apocalypse, and the Utopists, who are a loose network of roguish, but generally Chaotic Good Mad Scientists. Of course, an option to play as an unaffiliated team was always present.