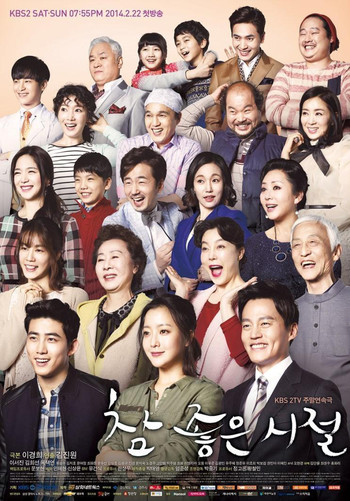 Kang Dongseok, a genius prosecutor in Seoul, is transferred back to his hometown of Gyeongju, and reconnects with the family he hasn’t seen in 15 years. His big, screwed-up family includes his older brother Dongtak, an events emcee and aspiring actor, his twin older sister Dongok, who is mentally challenged, his younger brother Donghui, who speaks with his fists and works as a bodyguard in a money-lending business, and his younger twin siblings Dongju and Dongwon, who haven’t even met Dongseok yet. These siblings live with their mother Soshim, their grandfather Gisu, their twin uncles Ssangshik and Ssangho, and their father’s mistress Yeongchun.

Cha Haewon, the daughter of the richest man in Gyeongju, is now living in poverty after her father’s death and works in the same money-lending business as Donghui. She used to be in love with Dongseok, the son of her family’s housekeeper, but got her heart broken after he betrays her feelings. Upon Dongseok’s return to Gyeongju, the two are reunited and rekindle their old love.