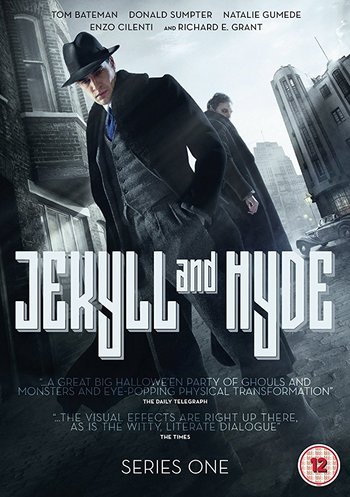 Jekyll & Hyde is a 2015 ITV fantasy drama that ran for a single season of ten episodes. Created by Charlie Higson and based on The Strange Case of Dr. Jekyll and Mr. Hyde, it follows Robert Jekyll, grandson of the late Dr. Henry Jekyll, as he grapples with his violent alter-ego, Mr. Hyde. Vowing to discover the secrets of his identity and his family legacy, Jekyll becomes entangled in a web of secrecy that threatens his life as well as those he loves.

Not to be confused with the 2006 TV series Jekyll, which is also a British Jekyll and Hyde-based series.