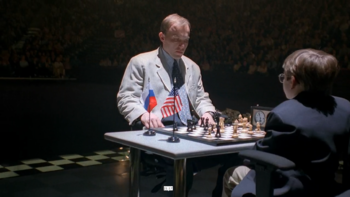 One wrong move can have fatal consequences, especially for Mulder and Scully.
Written by Chris Carter
Directed by R. W. Goodwin
"What do you hope to find? I mean, in the end."
— Walter Skinner

An assassination attempt at a chess tournament, combined with the return of the Cigarette Smoking Man, can only mean bad news for Mulder, Scully and the X-Files.

"This was all strategized – every move. I just couldn’t see it. It was all of a plan."