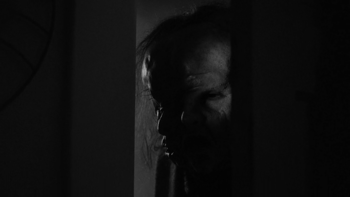 Oh, so this is the one that can be better compared to Frankenstein...
Written and directed by Chris Carter
"When Victor Frankenstein asks himself 'Whence did the principle of life proceed?' and then as a gratifying summit to his toils creates a hideous phantasm of a man he prefigures the Post-Modern Prometheus. The genetic engineer whose power to reanimate matter – genes into life – us – is only as limited as his imagination is."
— Fox Mulder

An episode with a not-so-serious take on Frankenstein. Mulder and Scully are sent to rural Indiana after he receives a letter from a single mother who claims to have been mysteriously impregnated, while unconscious, by an unknown presence 18 years ago.