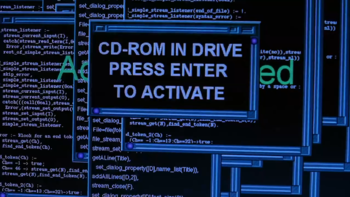 Enter
Written by William Gibson & Tom Maddox
Directed by Rob Bowman
Mulder: Donald Gelman is dead. He was killed in a café. What looks like a hit.
Esther: That’s the AI protecting itself. It’ll find David and... me. It's only a matter of time. Donald was writing a concatenation of viruses designed to find and immobilise the rogue system. The file name was "Kill Switch". Without it, nobody can catch it.
Advertisement:

A sentient computer program begins targeting its creators. Mulder and Scully track down the rogue system with the help of a young woman.

Scully: Electrons chasing each other through a circuit - that isn’t life, Mulder.
Mulder: Yeah, but what are we but impulses? Electrical and chemical through a bag of meat and bones.