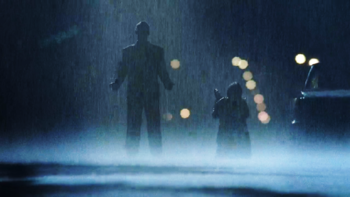 "The last one is still out there. The Devil is here and if he finds her, his victory will be complete."
Written by Billy Brown (Story), Dan Angel (Story), Frank Spotnitz (Teleplay) & John Shiban (Teleplay)
Directed by Allen Coulter
"Two girls are dead... not by the hand of Man. Unless you accept the truth of God’s teachings that there is a struggle between good and evil for all souls and that we are losing that struggle, you’re but fools rushing in."
— Father Gregory

Mulder and Scully investigate the death of a severely disabled girl, and find a mystery involving angels and demons.

"Maybe that's what faith is."