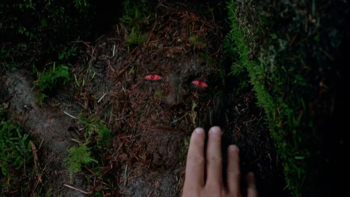 "Those woods are as old as anything in the south and there’s 800 square miles of them. There’s no telling what's alive out there."
Written by Frank Spotnitz
Directed by Brett Dowler
"What we’ve got here is a predator with low visibility and a high degree of motivation. And it’s got one advantage we don’t have – the entire Apilachacola National Forest."
— Fox Mulder

On their way to a team building seminar, Mulder and Scully are sidetracked by an investigation into a mysterious death in the woods.

"After 400 years in the woods, don’t you think they might have adapted perfectly to their environment?"