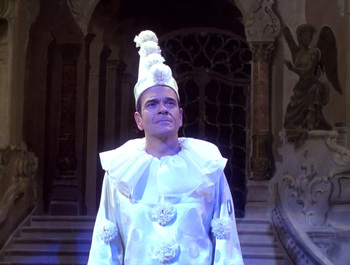 Buffy to pop in and stare at him till he takes that thing off?
Voyager comes across an alien culture that has never heard music before, and the Doctor demonstrates it with his musical talent, leading to his decision that he was going to leave Voyager.