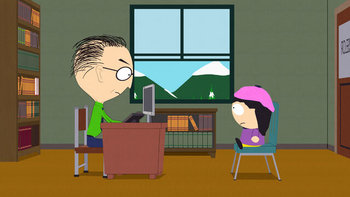 Wendy Testaburger’s latest protest (this time, about how Photoshop is used to make female models and celebrities look better on magazines and print material) gets her in trouble when she plays matchmaker with a new girl.