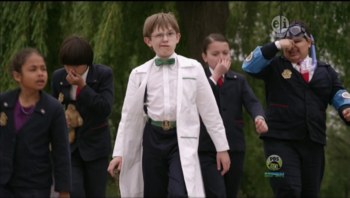 They're gonna punch out Cthulhu. With a 6-year-old sock.
Rise of the Hydraclops

Olive and Otto must locate and unearth a treasure chest and save humanity. 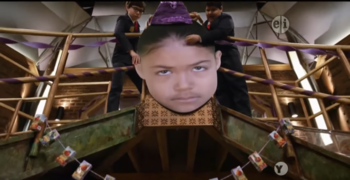 Well, she'll be a year older in spirit, at least...
O is Not for Old

The agents throw a surprise party for Ms. O, but they have to stall her until it's ready.