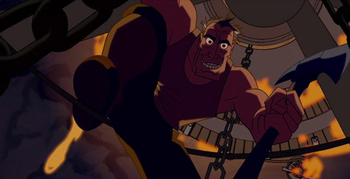 You thought that a movie about a linguist finding the lost civilization of Atlantis wouldn't be scary at all, did you? News flash; you thought wrong.