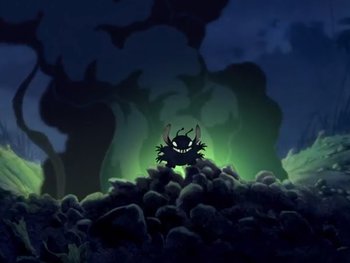 He comes in peace... NOT!
Lilo & Stitch: The Series has its own Nightmare Fuel page (with examples involving experiments found throughout the franchise).