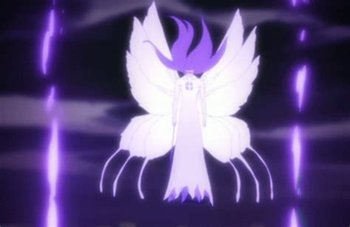 Our antagonist, ladies and gentlemen! A mulleted drag queen with butterfly wings!
As such a long runner series, there are MANY moments in Bleach that are supposed to be dramatic or tense... yet you can't help laughing.