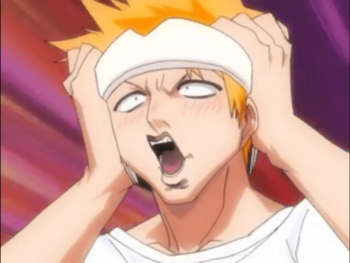 ”AMAZING HEADBAND OF JUSTICE IN PLACE, AMAZING ARMOR OF JUSTICE PROTECT ME!”
With its lovably quirky, eccentric and pleasantly over-the-top nature, Bleach always had a nice feature of making things funny in otherwise serious moments, without ever detracting from the actual situation or alienating fans from the overall mood of a scene. As a very nice bonus its characters are very easy to make fun of, which the author and producers themselves take every advantage from.